Mid-August in Messina: the traditional feast of La Vara and more

Since the holiday in Sicily takes place during the month of August, here is the destination chosen to spend the 14th and 15th of the month… Messina! This city, like the whole region, has so many inspirations and ideas to offer to visitors. Sea, history, religious celebrations, good food … In short, I would say that nothing is missed to celebrate a mid-August with all the trimmings, one of those that are not easily forgotten. I am also very facilitated as my travelling companion is from Messina and she is dying to make me know all the secrets and traditions of the Sicilian city! So stop wasting time… Ready to go! And let’s start from the beach.

How can we be better prepared to face the mid-August of Messina? Choosing a beautiful beach and spending all the day there, what else? So we head towards Santa Margherita, just outside Messina. A long and wide beach of small pebbles that stretches for several kilometers is waiting for us, suitable for those who love walking by the sea. We are on the Strait of Messina, from this point the Calabrian coast is in fact clearly visible. Although it is August 14th, the beach is not crowded at all, all ours. The color of the sea is very beautiful, transparent, with shades ranging from light blue to turquoise to green. So what’s missing now? Just a nice dip! But be careful: on the strait the water is sooo cold! And due to the constant presence of currents it is necessary to pay attention to jellyfishes. But despite all this we do not feel intimidated: a nice regenerating swim is a must! 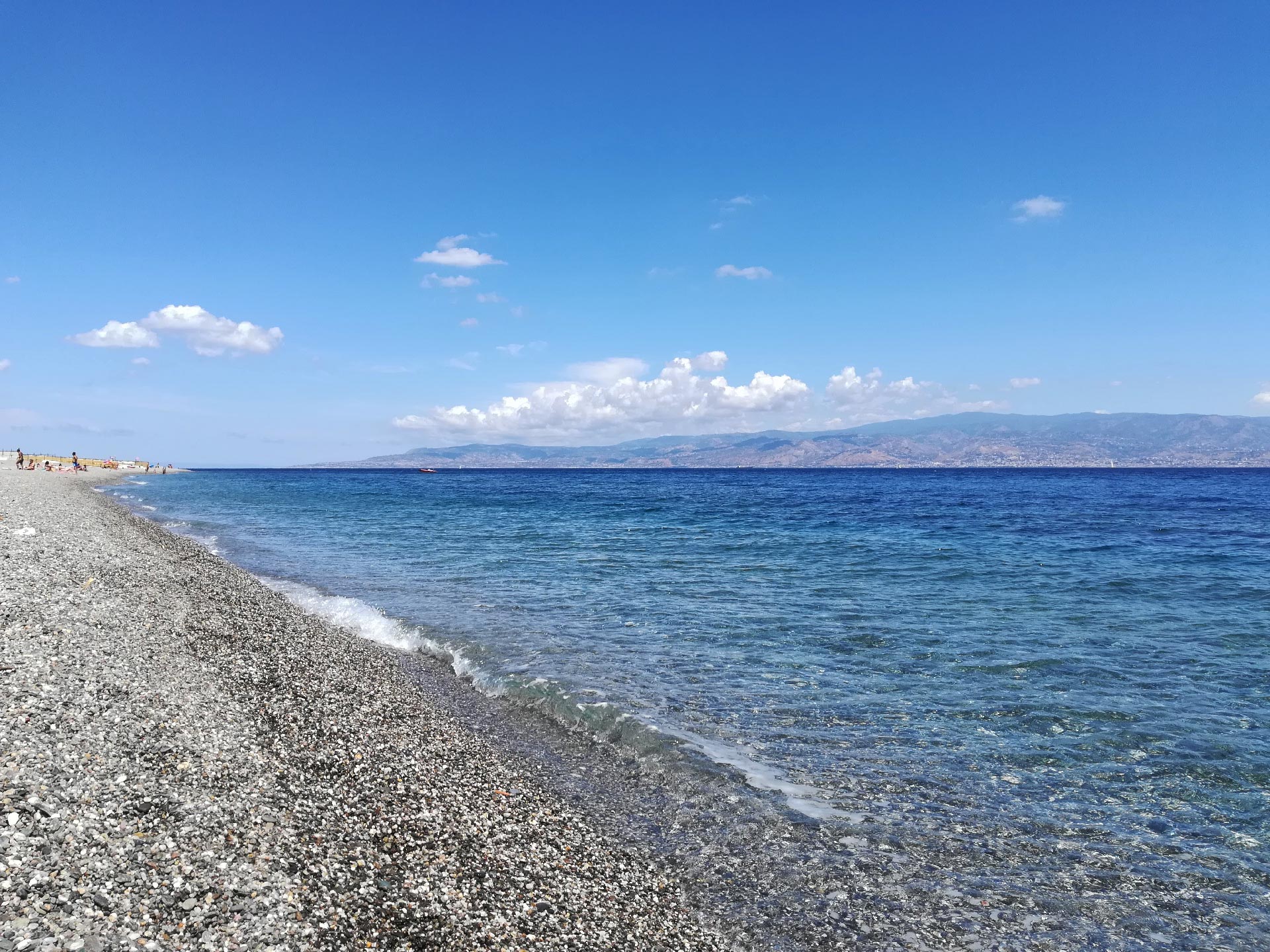 Waiting for mid-August: parties and bonfires on the beach

Whether it’s a tradition from Messina or not, the evening of 14th August  wants everyone on the beach to party! As I told you, my native travel companion is helping me to discover the traditions of the place without neglecting anything. In Messina everyone meets on the beach from 20.00 onwards for the “midnight” of Ferragosto. The “tradition in the tradition” provides a sort of DIY picnic on the beach enjoying the typical focaccia varieties and, why not, other Sicilian delicacies too. From 10.00 onwards the real party begins: the clubs along the beach start to get serious, youngs and not only youngs launch into the dances. And what about the midnight swim? … No, I haven’t certainly forgotten it, it is also included in the “Ferragosto party package“! After the swim, everybody is out of the icy water along the beach to dry with the heat of the bonfires… It seem to me I am telling the 80s movie “Sapore di mare” that surely all of you know… Well, try it! 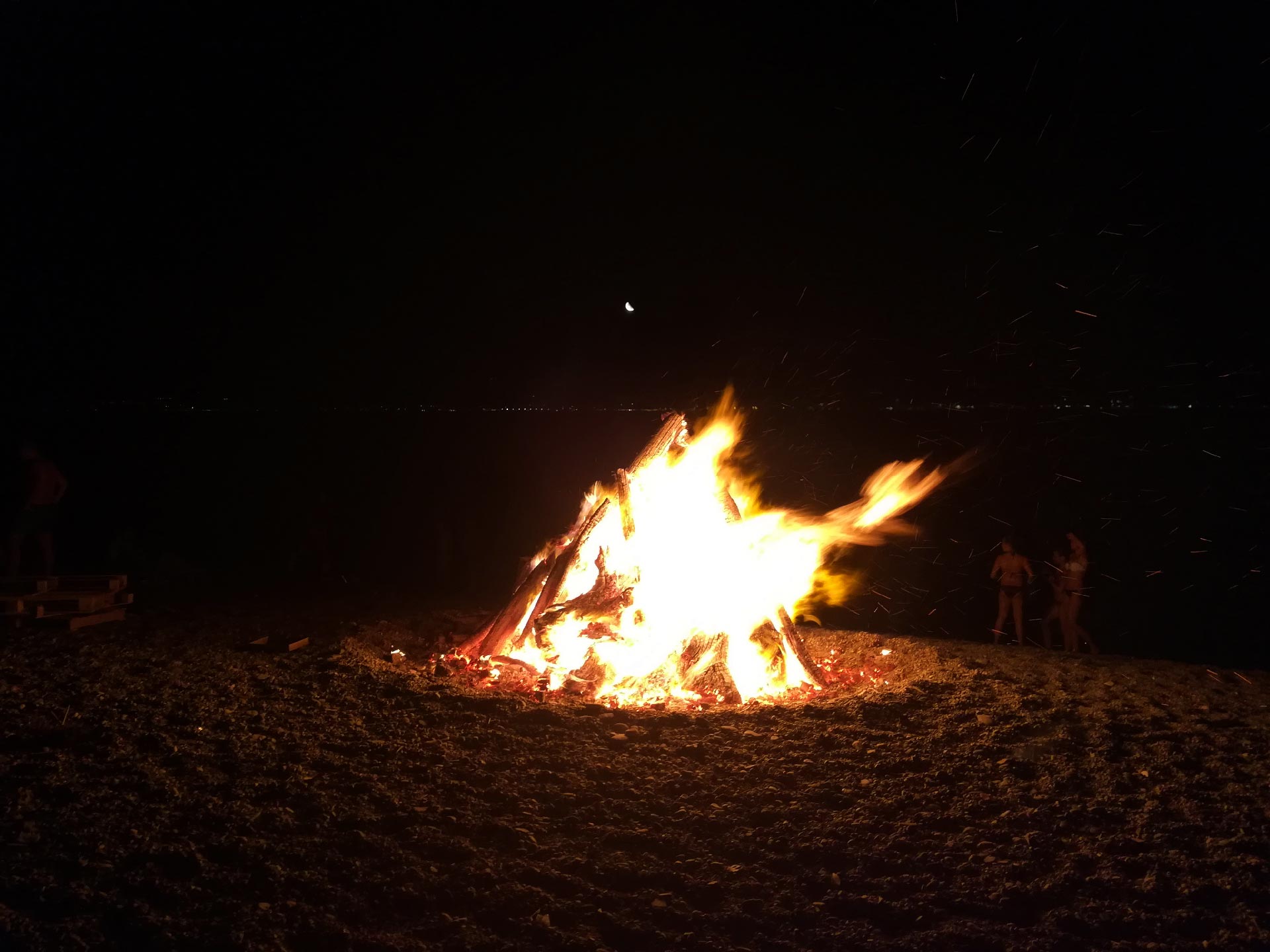 Mid-August has come! After a lavish family lunch (my goodness… how good the home menu is!) we go out to explore the city. There are many interesting things to see here and we have little time … but my guide from Messina will certainly do her best. Even if you are just passing through, I advise you not to miss Piazza del Duomo and the Duomo, always on site the Orione Fountain and the Astronomical Clock. The Church of the Santissima Annunziata dei Catalani is also very particular because it was built in the Byzantine era. Looking towards the sea, you will surely notice the Madonnina di Porto that observes you from above. Beside the historical monuments, what does not go unnoticed in Messina are the murals, painted not only on the walls of the old buildings, but also on the canopies of the tramway. The murals have the function of enhancing the role of the city at a geo-political level in the Euro-Mediterranean context. 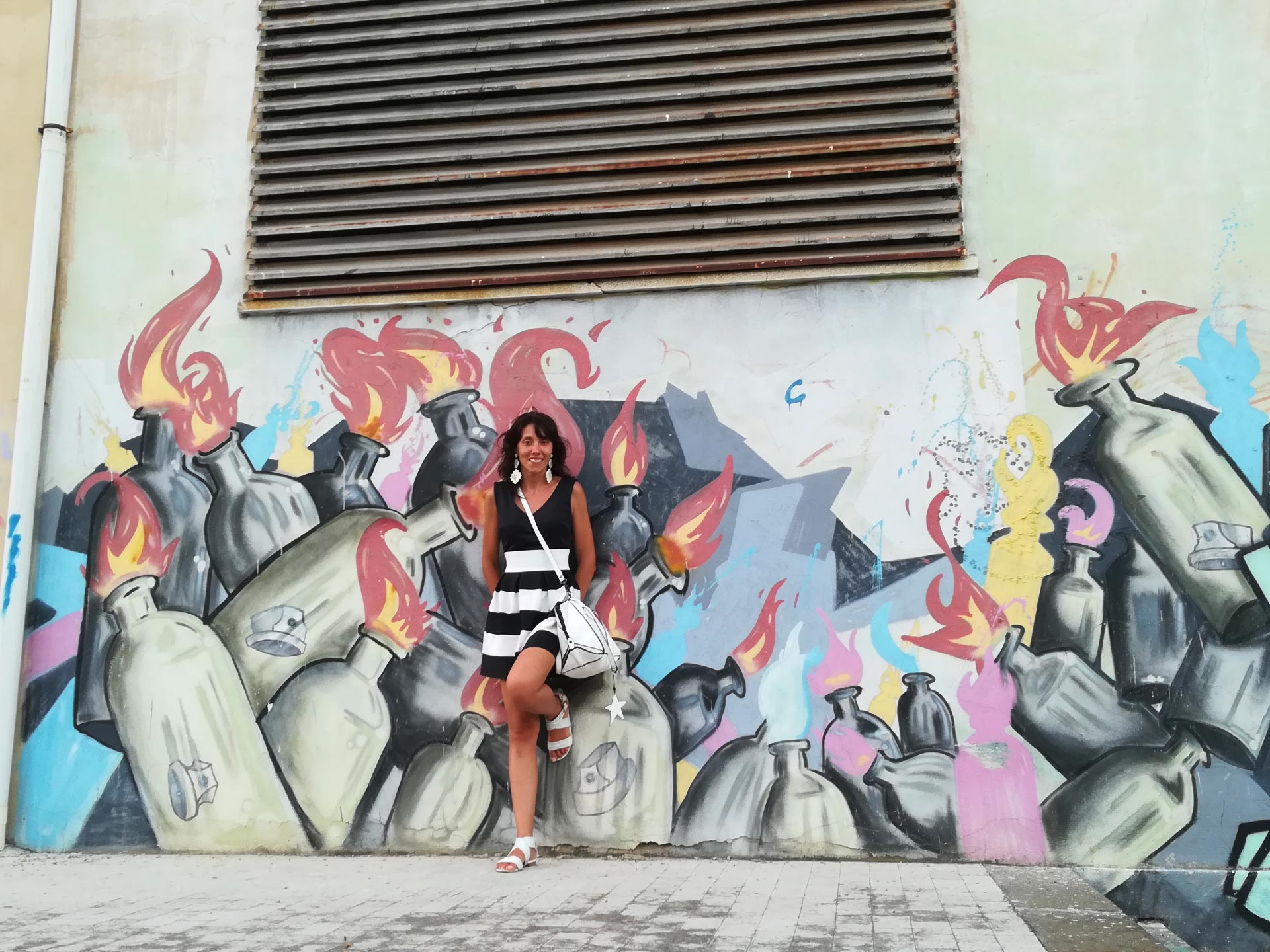 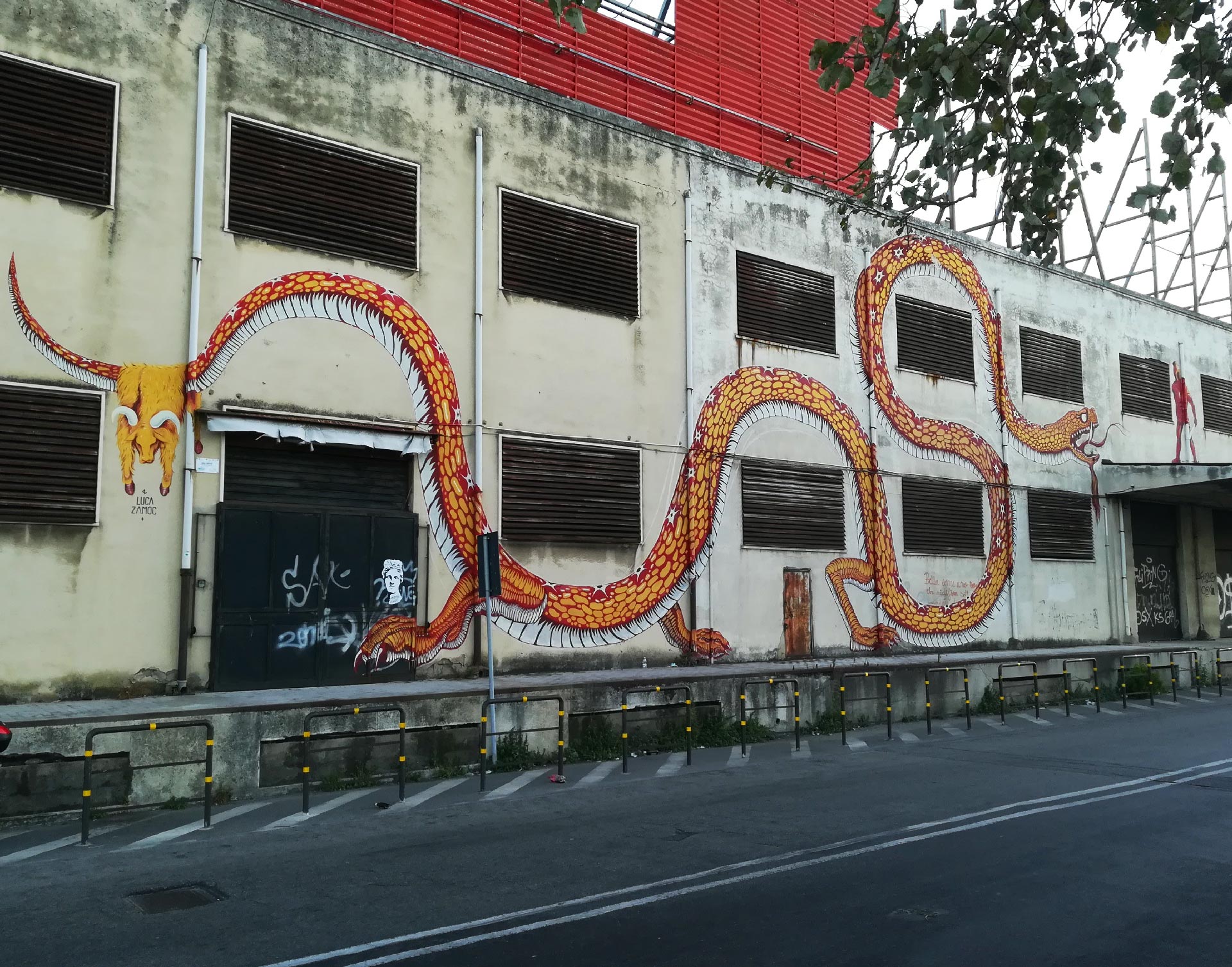 La Vara of Messina:  the celebration of the Madonna Assunta

The real feast of Messina is the celebration of La Vara. It is a very ancient ritual, dated back to the first half of the 16th century or even to an earlier period. La Vara is a large pyramid-shaped structure that symbolizes the assumption of the virgin into heaven, whose base is the tomb of the Virgin surrounded by the apostles. Statues of angels, sun, moon, starry globe and Jesus on top complete the rest of the representation. Another peculiarity of La Vara is that it is carried in procession by the faithful dressed in blue in honor of the Virgin. They carry it by pulling long ropes (the hawsers) through the streets of the city. Since this is a religious celebration, the hawsers are blessed and, after the procession, cut into small pieces and distributed to the people: I had a piece of it and I kept it. 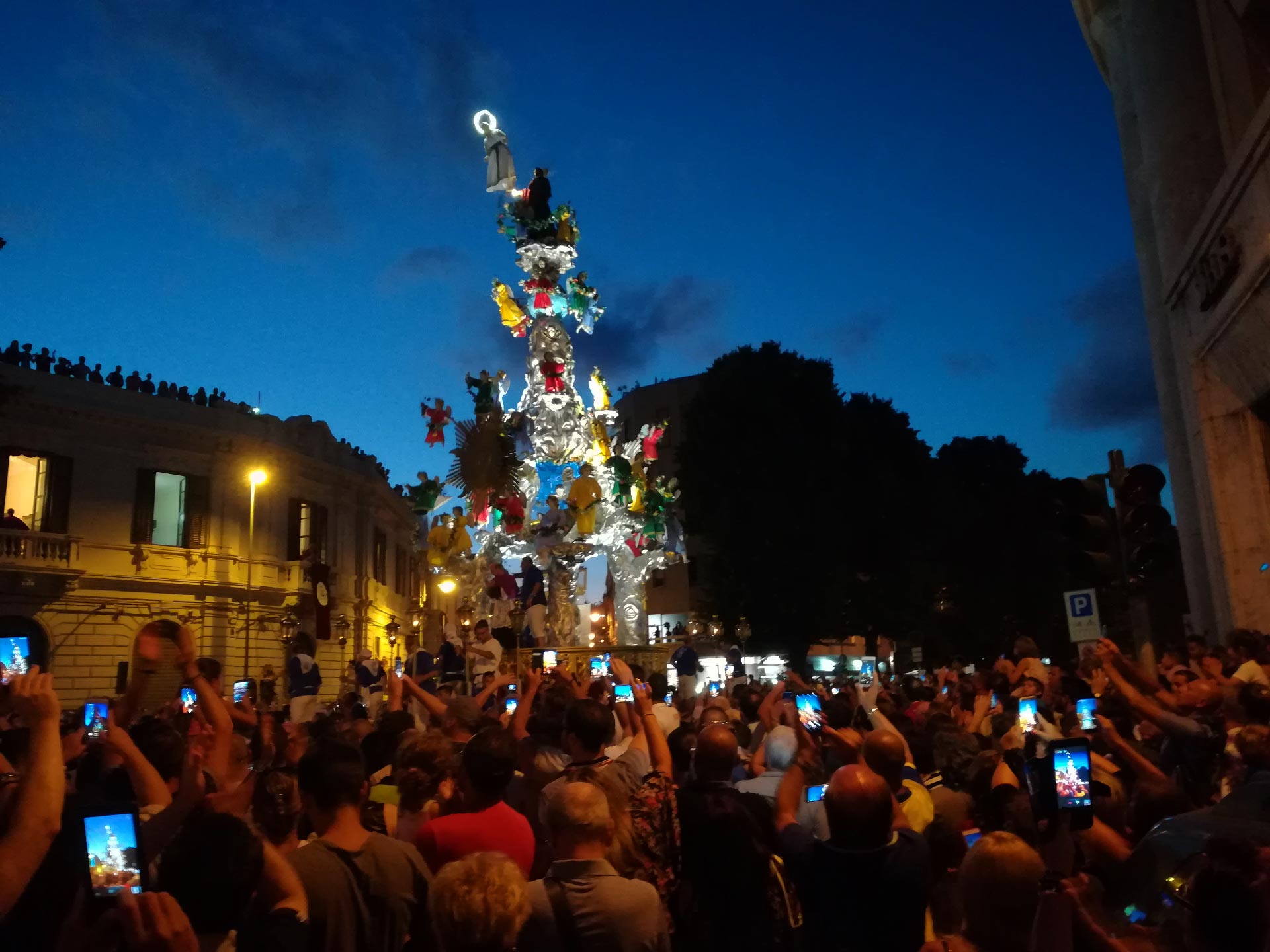 The huge statues of Mata and Grifone, the “Giants” of Messina

Another tradition typical of Messina is to celebrate for Mid-August the “Giants” of Sicily Mata and Grifone who, according to the myth, represent the progenitors of the Peloritan line. The huge statues parade along the streets of the city towed on wheeled trolleys and left in front of the town hall after the procession. Here we find them and we decide to take pictures. There are many legends orbiting around the Giants of Sicily. The most interesting narrates that around 964 Hassam Ibn-Hammar the Moor landed along the coasts of Messina in order to plunder the surrounding villages. Here, he fell in love with a girl named Marta (from which the name Mata derived). Marta’s parents, determined to reject the Muslim’s marriage proposal, hid the girl in a safe place away from the danger of looting. The secret hiding place was later discovered by Hassam’s men who kidnapped Marta and handed her over to him. The poor girl closed herself in a long silence and only the conversion of the Moor to Christianity brought her back to life spiritually, so she accepted Grifone (this is the Christian name of the Moor) as husband. The parade takes place before Mid-August but the statues are shown until the 2nd of September so that tourists and visitors can admire them. 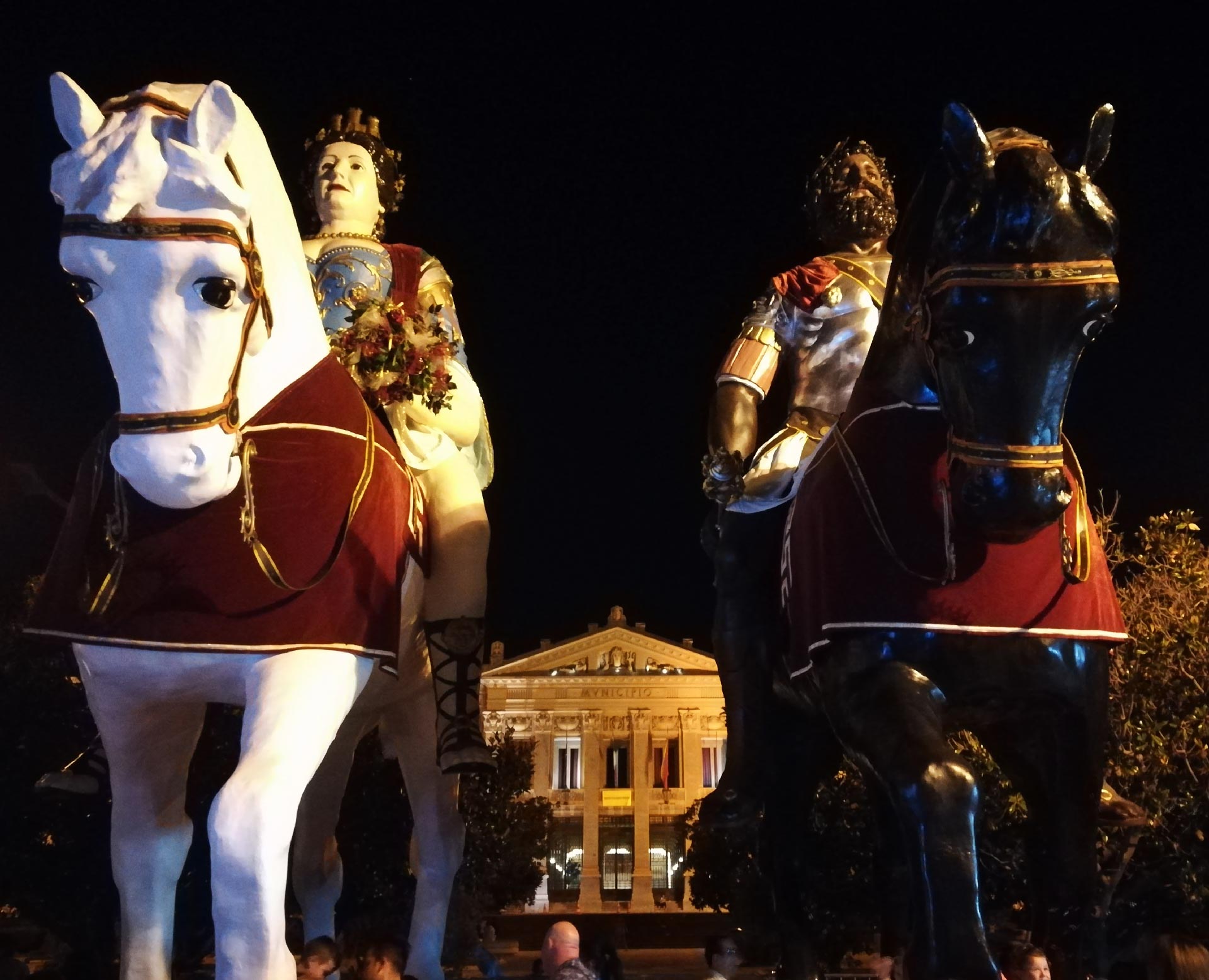